Join us in Tempe
at Kiwanis Park - Ruben Romero courts
First season launches Nov 7
​Register anytime during the current season and we will fold you right into the league.
*We will pro-rate your team fee for any weeks you missed - come on in!
Funk Beach Tempe Recreational Leagues are at:
​Kiwanis Park - Ruben Romero courts
Mill Ave/Baseline Rd
5500 S Mill Ave, Tempe, AZ 85283 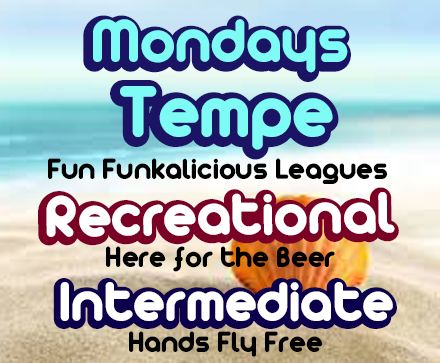 First season special Thank You perks:
- Team fee is a discounted $150 to get Funky
- Every player gets a Funk Beach t-shirt (up to 6 per team)

Prizes for the winners of the season finale tournament.
Funk Receational Leagues rules and guidelines